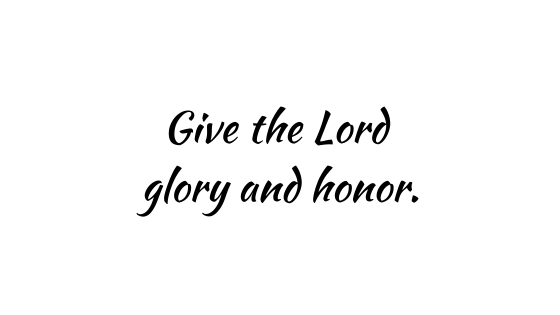 The responsorial psalm for this week comes from Psalm 96, a hymn inviting all of humanity to praise the glories of Israel’s God, who is the sole God of all creation.

This psalm has numerous verbal and thematic contacts with Isaiah 40-55, as does Psalm 98. Another version of the psalm is found in 1 Chronicles 16:23-33.

Sing to the LORD a new song;

The psalmist twice calls for a song of praise, each time highlighting a different aspect of the song.

First, the song is to be a new one. This is only appropriate since their salvation has transformed them into a new people. No longer will laments be acceptable — the only kind of song worthy of the event of salvation that has unfolded before their very eyes is a hymn of praise.

sing to the LORD, all you lands.

Second, the song is to be directed to all the earth or all the lands. While the primary meaning of the word ’eres designates the earth in a cosmological sense, a second and equally significant sense denotes a particular territory. One can conclude that in this psalm both the natural world and the human society within it are called to praise God.

Tell his glory among the nations; among all peoples, his wondrous deeds.

The glory (kābôd) of God refers to the visible manifestation of God’s splendor. While it is usually revealed in the Temple, here it is also associated with the wondrous deeds God has accomplished.

For great is the LORD and highly to be praised; awesome is he, beyond all gods. For all the gods of the nations are things of nought, but the LORD made the heavens.

The primary focus of the psalm is the superiority of the God of Israel, who reigns as king over all the world. All the gods of the other nations are worthless idols (’ělîl); worship of them is futile.

On the other hand, the God of Israel is great. He is the one who made the heavens that stretch over the entire earth, demonstrating the scope of God’s reign. This is the God who should be feared.

Once the nations have seen the wonders God has performed on behalf of Israel, they too are summoned to praise the LORD, who has been revealed in such a wondrous manner.

Bring gifts, and enter his courts.

The summons to worship this great God is clear: Bring gifts or tribute to the Temple.

Worship the LORD, in holy attire; tremble before him, all the earth;

It is not clear whether it is the LORD who is in holy attire or those who are officiating at the Temple worship. In either case, the scene described is magnificent, befitting so great a God.

say among the nations: The LORD is king,

The essence of their homage is the cultic cry: The LORD is king! This cry was frequently used during celebrations of the kingship of God. These either followed military victory or took place at the new year, when God’s primordial triumph over the forces of chaos was reenacted, after which the people at worship would proclaim the cry with joy.

he governs the peoples with equity.

As king, the LORD will govern (or judge, dîn) the people in the manner they deserve. Thus, the God of Israel exercises sovereign, universal, and equitable rule over the entire universe.