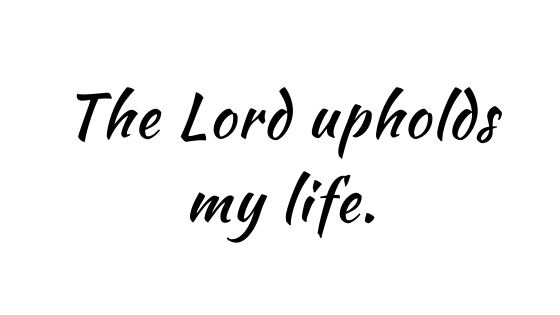 The responsorial psalm for this week is from Psalm 54, a lament in which a person under attack calls directly upon God for help. Refusing to despair, the psalmist hopes in God.

This prayer for deliverance begins with a cry to God for help in a time of need. It’s a fine example of an individual prayer of petition, containing most of the characteristics that distinguish this particular category of psalms:

O God, by your name save me, and by your might defend my cause. O God, hear my prayer; hearken to the words of my mouth.

The specific formulation of the petition indicates that God’s name, as part of the very essence of God, possesses divine power. The poetic construction of this petition places the word “name” in a parallel relationship with “might,” thus further explaining the character of God’s name.

God is being called upon to “save” and “defend” (other translations have “vindicate”), words with legal connotations. God is being asked to act as judge, suggesting that the petitioner is a righteous person. A guilty person would hardly ask to be judged by their all-knowing creator.

For the haughty men have risen up against me, the ruthless seek my life; they set not God before their eyes.

Here we have the reason for the entreaty. The psalmist faces danger from enemies who are described as haughty (the Hebrew has “strangers,” zārîm) and ruthless. They not only viciously seek the life of the psalmist, they arrogantly have no regard for God.

Behold, God is my helper; the Lord sustains my life.

Regardless of how bleak the situation appears to be, the psalmist is filled with confidence. God’s presence is being trusted, his providence is being summoned.

Freely will I offer you sacrifice;

In the concluding verse, the psalmist promises to offer a sacrifice to honor the name of God. This would probably be some kind of a thank-offering freely given, as proof of the psalmist’s sincerity of heart.

I will praise your name, O LORD, for its goodness.

The initial petition, “by your name save me,” is here balanced by the vow, “I will praise your name.” The confidence that inspired the psalmist to turn to God in the first place, and that served to assure the psalmist that God would hear and respond with help, is based on the truthfulness of God’s name. This name is not only powerful, it is also reliable. The psalmist has sure footing if confidence is grounded in this trustworthy name.